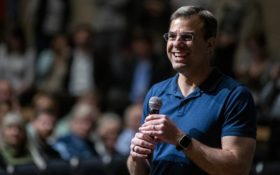 A spokeswoman for Michigan Rep. Justin Amash confirmed on Tuesday that he had resigned from the Freedom Caucus.

Amash is one of the group’s founders, but it has remained loyal to the president.

Amash called for Trump’s impeachment last month based on special counsel Robert Mueller’s report on Russia’s election meddling. Mueller did not find that Trump or his allies conspired with Russia, but he declined to clear Trump of obstruction of justice.

Amash has not said whether he will run for re-election to his Grand Rapids-area seat.

He has left open the prospect of running for president in 2020 as a Libertarian.