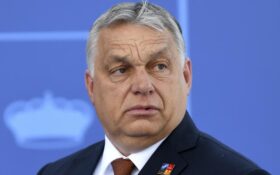 Hungary’s right-wing government has issued a decree which will require doctors to present women requesting an abortion with fetal vital signs, an obligation that tightens the country’s relatively liberal abortion rules.

The decree issued on Monday states that health care providers must provide pregnant women with “a clearly identifiable indication of fetal vital signs” before proceeding with any abortion procedure. The regulation enters into force on Sept. 15.

In a statement on Monday, the Interior Ministry said that “nearly two-thirds of Hungarians associate the beginning of a child’s life with the first heartbeat,” and that modern equipment can detect heartbeats early in pregnancy which can provide “more comprehensive information for pregnant women.”

Abortion laws in Hungary are relatively liberal and have remained largely unchanged since the procedure was legalized during the country’s socialist period in 1953.

Hungary’s nationalist government, led by Prime Minister Viktor Orban, portrays itself as a champion of traditional family values and has offered significant tax breaks and subsidies for families that have multiple children in an effort to increase the country’s declining fertility rate.

The government also enshrined in Hungary’s 2011 constitution that “the life of a fetus will be protected from conception,” yet it hasn’t sought to significantly tighten abortion laws.

In a Facebook post on Tuesday, Dora Duro, a lawmaker with the radical right-wing party Our Homeland, took credit for the new requirements, writing that the government had adopted her party’s proposal to require pregnant women to hear a fetal heartbeat before terminating their pregnancy.

“This is the first pro-life move since the regulation of abortion in 1956, breaking a decades-old taboo,” Duro wrote.