Hundreds of movie theaters shut down amid pandemic - The Horn News 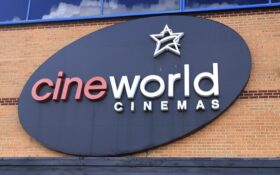 Shares in the company that owns the Regal, Cineworld and Picturehouse movie theaters fell as much as 58% after it said it will temporarily close the venues because the postponement of the latest James Bond film left it with few blockbusters to attract customers during the pandemic.

Cineworld Group Plc said Monday that 536 Regal cinemas in the U.S. and 127 Cineworld and Picturehouse venues in the U.K. would close on Thursday. Some 45,000 employees are affected.

The company says that with major markets such as New York closed and no guidance on when they will reopen, “studios have been reluctant to release their pipeline of new films.”

Without these releases, the company can’t give customers “the breadth of strong commercial films necessary for them to consider coming back to theaters against the backdrop of COVID-19.”