House Democratic majority set to implode - and they're helpless! - The Horn News 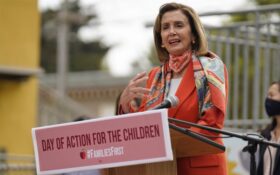 House Democrats are getting nervous as it becomes increasingly clear they’re likely to lose their razor-thin majority in next year’s midterm elections.

Just this past week, Democratic candidates were shut out of an election for what could’ve been a competitive seat in Texas when none of their candidates finished in the top two.

Instead, the runoff for the seat will pit a Republican against another Republican.

Indeed, the 2018 midterm wave that gave the House to Democrats during Donald Trump’s presidency began on a similar note, with the left slowly picking off a handful of seats in special elections.

And now, they’re also facing something else that helped sink the GOP’s hopes of keeping the House that year: a wave of candidates leaving office.

Her previously “safe” seat – she won with 62 percent of the vote in 2018 – became hotly competitive in 2020 as she eked out a 52-48 percent victory over Republican Esther Joy King.

The GOP is likely hoping to finish the job in 2022 without an incumbent on the ballot.

Others are attempting an upgrade: Rep. Charlie Crist, D-Fla., a former Republican governor of Florida, is leaving his seat to run for governor again next year… this time as a Democrat.

His seat is expected to flip.

“It took a Charlie Crist type of person to hold that seat in ’20,” Florida-based Republican media strategist Adam Goodman told the New York Times. “The Democrats won’t have that person this time.”

Crist is among five House Democrats who have said they will not seek reelection, and that number is expected to grow.

“An early trickle of retirements from House members in competitive districts is often the first sign of a coming political wave,” the Times noted this week, adding that Democrats won nearly a third of the 48 seats vacated by Republicans in 2018.

In addition, The Hill said at least six Democratic incumbents will face reelection in districts won by then-President Donald Trump in 2020, making those seats ripe for the GOP to pick back up in a cycle that’s usually dominated by the out-of-power party.

And those aren’t the only issues that has Democratic leaders reaching for the Tums.

“The two biggest headaches of any cycle are redistricting and retirements and when you have both in one cycle it’s a migraine,” former Democratic Rep. Steve Israel, N.Y., told the Times.

That coming redistricting, based on the recently completed U.S. Census, is expected to give an edge to Republicans overall as the GOP controls a number of key legislatures that will redraw those new districts.

The new map will also shift some seats from “blue” California and New York to “red” Texas and Florida.

Finally, Democrats also have history against them: The party that holds the White House almost always loses seats in the House during the midterms.

Republicans gained 8 seats during President George W. Bush’s first midterm, bucking the trend likely because the nation was at war in the aftermath of the Sept. 11 attacks a year earlier.

And prior to that, Democrats lost 54 seats in President Bill Clinton’s first midterm, giving the GOP their first House majority since 1952.