It’s the kind of incident that nightmares are made of.

Police in Sweden have arrested three men — two of whom are Afghan migrants –after authorities say the man broadcast a live video gang rape on Facebook… for three-hours.

Approximately 200 people watched the horrific rape unfold online Saturday night for hours before someone finally reported the sexual assault to authorities, reports say. Then the Internet audience watched as police raided the apartment, and eventually shut off the live feed.

The victim, 30, was seen in the video barely conscious as the attack unfolded.

Witnesses reported a gun also making an appearance in the video. 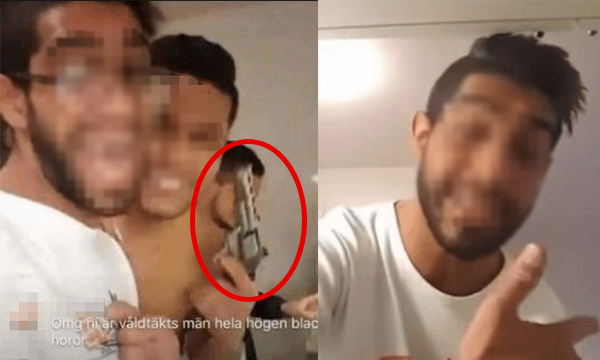 Two of the men, aged 18 and 20, are migrants from Afghanistan according to The Sun. The men were arrested after social media users helped police identify them.

The third alleged rapist is a Swedish man aged 24, who was also detained.

One of the witnesses to the live stream claimed one of the men told the victim, “You have been raped,” while he laughed, Breitbart reported Thursday.

The 20-year-old Afghan migrant’s lawyer told TT, “He denies any criminal offense, he has given in my opinion a perfectly coherent story about what happened. I cannot go into details, but he has told me in a way that it is not contradicted by anything else.”

But this isn’t the only rape allegation these migrants face.

Following the publicity of the case, one woman came forward claiming that she was also raped by the man she saw in the Facebook live video.

A 21-year-old woman told the Swedish newspaper Expressen that she was raped in 2015 and, “had bruises and scratches all over my body.”

Deputy Chief Prosecutor Magnus Berggren said, “In order to get as a clear a picture as possible we are questioning people who have at least seen parts of the live streaming on Facebook.”

Investigators currently possess only stills and short footage from the video, and are still attempting to recover the full video to better identify the monsters and properly convict them, according to The Local.