Hoops owner discharged from hospital after stroke - The Horn News 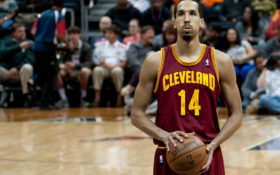 Cavaliers owner Dan Gilbert was released from a Detroit-area hospital nearly a month after suffering a stroke and will recover at an in-patient rehabilitation center.

Quicken Loans CEO Jay Farner said Gilbert was discharged Wednesday from Beaumont Hospital in Royal Oak, Michigan. The 57-year-old Gilbert was taken to the hospital by a family friend while experiencing stroke-like symptoms on May 26.

He suffered the stroke while under medical care and was taken into surgery for a catheter-based procedure.

Farner recently said Gilbert maintained his sense of humor in the hospital while conceding his recovery will “take time.”

“The entire family is incredibly grateful for the world-class care Dan received from the entire staff of Beaumont Hospital,” Farner said Thursday in a statement. “Dan is looking forward to beginning an intensive rehabilitation program and is eager to continue the progress he has made over the last several weeks.”

Gilbert has owned the Cavs since 2005. A father of five, he founded Quicken Loans, the nation’s largest online mortgage lender. Gilbert has built a billion dollar business empire with numerous company holdings in Ohio and Michigan. He’s led urban development projects in Detroit and Cleveland.

The Cavs, who in 2016 became the first Cleveland sports franchise to win a major championship since 1964, have the Nos. 5 and 26 picks in Thursday’s NBA draft.

Gilbert has always been a hands-on owner with the Cavs, but general manager Koby Altman has led pre-draft plans.