Hollywood in DEEP TROUBLE on Sunday (they're panicked!) - The Horn News 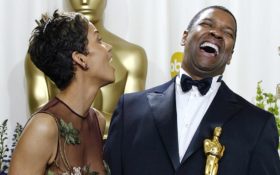 So many people have stopped watching Hollywood awards shows over their far-left political nonsense that producers are facing a ratings and financial catastrophe.

In a panic, networks have told liberal Hollywood stars: When you’re on the red carpet, stop talking politics!

Hollywood insiders are worried the 90th annual Academy Awards, which is scheduled for Sunday, will rank as the least-watched of all time – and it’s because star spend all their time promoting their left-wing political views.

Producers say the focus on sexual harassment, sparked by allegations that heavyweight producer Harvey Weinstein raped dozens of starlets, has gone too far – and Americans are about to turn off the set for good.

“[B]ut they also expressed wanting to hear about other subjects, as well – including fashion and entertainment” – which is what “E!” stands for.

She says stars should focus on other subjects, since “we’re looking to balance this out in our live coverage.”

Neal’s not the only person to tell the limousine liberals to stick to the script. Channing Dungey, ABC’s president of entertainment, said he wants to make sure the #MeToo talk “doesn’t feel like it overshadows the artists and films being honored.”

“I would love for every award recipient not to feel like they have to acknowledge it independently,” he said.

You can’t get much more direct than that – especially in Hollywood.

The networks, producers, and studio elites have good reasons to be worried: They stand to lose millions on gaudy awards shows no one watches.

Ratings for this year’s Golden Globes were down five percent since last year. But fewer people are watching the West Coast elites across-the-board.

This year, the Grammys decided the best entertainment option was having former Secretary of State Hillary Clinton mock President Donald Trump. The result? Ratings fell 24 percent in one year.

If fewer people watch this year’s Academy Awards, it could be a disaster.

Sponsored: The one word that makes any guy over 50 feel awful

The Academy makes 80 percent of its budget off advertising revenue from the Oscars telecast. No viewers, and Hollywood’s black-tie set will just have to settle for the mansions and Mercedes they already own.

So Jennifer Todd, one of the Academy Award show’s producers, is telling everyone that this year’s ceremony “should be a spectacle – fun and funny.”

Jimmy Kimmel — who coordinated his politically-charged monologues with Sen. Chuck Schumer — is hosting.

Americans are tired of having left-wing politics forced on them every time they turn on the TV — from late-night comedians, to the NFL, to ritzy Hollywood actors and actresses giving each other awards and congratulating themselves for their “courage.”

If Hollywood revenues plunge this year, maybe the stars will get the message: Americans have had enough.