Hollywood to conservatives: PLEASE come back - The Horn News 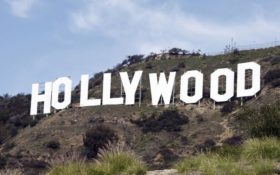 After decades of liberal nonsense, more and more conservative viewers are changing the channel and staying home from the movies.

Hollywood is feeling the pinch — and at least one mainstream media network is attempting to win back conservatives.

“What the election revealed was that there’s parts of our country that didn’t feel heard, that they didn’t have a voice,” ABC Entertainment’s president, Channing Dungey, said Monday. “When you look at how the polling data went in the run-up to the election, it was kind of a big surprise to many people that the election turned out as it did.”

The shift has left programming executives at the company nervous. So, they’ve asked the 64-year-old Roseanne to return.

Roseanne frequently praised Trump throughout the campaign, and has also spoken out in defense of his supporters.

Every single attack on @POTUS is really a disguised attack on American voters who rejected Obama-Clinton-Bush's bleeding of R treasury.

Just how conservative is Roseanne? She tweeted the following statement early Thursday —

Mamas don't let ur babies grow up 2b libtards.

While the show isn’t specifically about Trump and his presidency, the rebooted show is seeking to address the concern Trump voters have with Hollywood liberals.

“I don’t know whether Roseanne will speak about Trump by name. But she’s going to speak very honestly,” Dungey said. “We’ll bring back a point of view that has really been missing on the air.”

Across the board, actors and comedians have been coming out against their liberal celebrity coworkers in recent months.

Movie star Mark Walhberg said in December, “A lot of celebrities did, do, and shouldn’t [talk politics]. You know, it just goes to show you that people aren’t listening to that anyway. They might buy your CD or watch your movie, but you don’t put food on their table. You don’t pay their bills. A lot of Hollywood is living in a bubble. They’re pretty out of touch with the common person, the everyday guy out there providing for their family.”

Stand-up comedian and Hollywood A-list celebrity Kevin Hart refused to bash conservatives in his acts and movies, he said earlier this month.

“When you jump into that political realm, you’re alienating some of your audience,” Hart warned other celebrities.

Thank you Dems & biased/fake news for an ENORMOUS waste of MONEY & TIME! NO COLLUSION!@CNN @nytimes @washingtonpost

Do you agree with Schnieder and Roseanne, or do you want more liberals in Hollywood?

Do you want more conservatives in Hollywood?