Holding in a sneeze may kill you (here's why...) - The Horn News 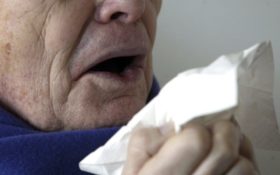 Tempted to stifle a loud or untimely sneeze? Let it out instead, doctors in England warned Monday based on the very unusual case of a man who ruptured the back of his throat when he tried to suppress a sneeze.

In a case study published in the journal BMJ Case Reports, doctors described their initial confusion when the previously healthy man turned up in the emergency room of a Leicester hospital, complaining of swallowing difficulties and “a popping sensation” in his swollen neck.

The 34-year-old patient told them his problems started after he tried to stop a forceful sneeze by pinching his nose and closing his mouth. He eventually lost his voice and spent a week in the hospital.

“When you sneeze, air comes out of you at about 150 miles per hour,” said Dr. Anthony Aymat, director for ear, nose and throat services at London’s University Hospital Lewisham, who was not involved in the case. “If you retain all that pressure, it could do a lot of damage and you could end up like the Michelin Man with air trapped in your body.”

While examining the sneeze-averse patient, doctors in Leicester heard “crackling in the neck” down to his ribcage, a sign that air bubbles had seeped into his chest. Worried about infection and other possible complications, they admitted him to the hospital, gave him a feeding tube and administered antibiotics, according to details published in BMJ Case Reports.

Dr. Zi Yang Jiang, a head and neck surgeon at University of Texas Health Science Center at Houston, said he sees one or two cases arising from repressed sneezes each year, making them an “exceedingly rare” occurrence.

Jiang said it was bizarre that a single sneeze could generate enough force to cause the kind of physical damage that usually results from trauma, such as a gunshot wound to the neck. A collapsed lung is among the problems that retaining the air from an imminent sneeze can cause, he said.

“The whole point of sneezing is to get something out of your body, like viruses and bacteria, so if you stop that, those may end up in the wrong part of the body,” he said. Jiang said in most cases, the excess air is later absorbed by the body.

The English patient made a full recovery and was advised to avoid plugging his nose while sneezing in the future. Doctors recommend letting sneezes rip into a tissue instead.

“The safest thing to do — although it’s not socially acceptable — is just to sneeze loud,” Aymat said.