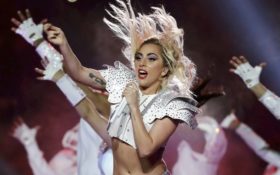 Lady Gaga is returning to the Super Bowl stage — sort of.

The pop star will perform at AT&T TV Super Saturday Night in Miami on Feb. 1, held a day before Super Bowl 54. The concert will take place at Meridian at Island Gardens and will be livestreamed at twitter.com/ItsOnATT.

Gaga headlined the Super Bowl halftime show in 2017 and she performed the national anthem at Super Bowl 50 in 2016. Jennifer Lopez and Shakira will headline this year’s halftime show, which will take place on Feb. 2 at Hard Rock Stadium in Miami Gardens, Florida.