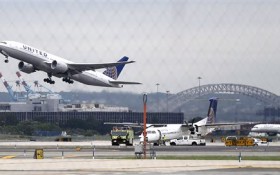 The three largest U.S. airlines have changed the way they price multi-city trips, forcing those who book such itineraries to pay hundreds of extra dollars in airfare.

Most fliers buy simple roundtrip tickets and won’t be affected. But travelers visiting several cities on one trip, especially those flying for business, are seeing airfares six or seven times the normal price. Many might not know of the new policy or that there is a way to avoid the higher fares.

The simultaneous adoption of new pricing rules by all three carriers has led the Business Travel Coalition to accuse the airlines of illegally coordinating on this “complicated and comprehensive scheme.” The advocacy group asked the Department of Justice to add this to its ongoing investigation of possible airline collusion. The group’s chairman, Kevin Mitchell, said “fliers and will no doubt be blindsided by this new policy and pay dearly when shopping at airline websites.”

To get the best prices, fliers stopping at two or more cities now need to book several individual tickets.

The change came about because American Airlines, Delta Air Lines and United Airlines are starting to match low-cost carriers like Spirit Airlines on more routes. Some savvy fliers figured out that booking a multi-city ticket instead of one connecting ticket could save them money. Multi-city tickets contain several one-way legs under the same reservation.

For instance, flying American one-way from New Orleans to Los Angeles with a connection in Dallas might cost $289. But breaking those two legs up into a multi-city ticket would cost $79 for the first leg and $94 for the second, for a savings of $116.

American spokesman Joshua Freed said the change was made in mid-March to stop fliers from paying fares lower than the airline had intended for certain markets.

However, the new booking rule was “broader in some cases than we wanted it to be” and the airline has since “made some changes because of customer feedback and are watching it closely.”

United offered a similar explanation and Delta refused to comment.

Brett Snyder, who runs an air travel assistance company called Cranky Concierge, put it differently: “They haven’t found a way to solve it eloquently so they solved it with a sledgehammer.”

“They’re making you overpay,” Snyder added. “Airlines for years have made it clear that when you book a roundtrip it would be cheaper or the same price as a one way. Now they are flipping that, penalizing you and not even telling you.”

Sometimes the differences can be extreme. Take a mid-May trip from Orlando to Detroit, then two days later to New York followed with a flight two days later back to Orlando.

Priced as three separate one-way flights, Delta Air Lines wanted a total of $282.30 for the itinerary. But try to book it as one ticket — as most travelers do — and Delta was charging $2,174.70 for the exact same flights.

The airline’s website automatically offered the more-expensive fully refundable tickets and no other option.

A similar search on American Airlines for a trip from Miami to Chicago to San Francisco and back to Miami yielded similar results. Booked at three one-way trips, American was charging a total of $664.30. But if booked on one ticket, American wanted $1,064.70.

United Airlines was also charging extra for trip from New York to Fort Lauderdale, Florida, to Chicago and back to New York. Bought as one ticket, it cost $507.70, compared to a total of $308.30 if purchased as three separate tickets.

And if travelers need to modify their trips, they are going to pay even more.

If booked as a traditional multi-city trip, there would be a $200 change fee. But if fliers choose to book three one-way segments instead, that change fee could skyrocket to $600.