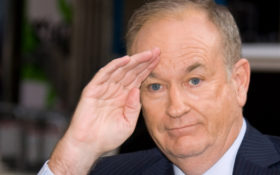 Former Fox News Channel star Bill O’Reilly is back with a half-hour show — and it’s available to everyone Thursday.

O’Reilly has launched an experimental video comeback with a daily online show.

The initial half-hour was posted on his website Wednesday for premium subscribers, originating from what he called a “new prototype studio.”

He requested input from viewers for what he characterized as a “sneak preview.”

O’Reilly also announced the show would be made available to a non-paying audience on Thursday, but hasn’t announced a specific time.

Among other topics, O’Reilly discussed President Trump’s “fire and fury” comments about North Korea and a movement that calls for California to secede from the union. He spoke by Skype with political commentator Michael Smerconish.

O’Reilly has produced a daily podcast, which this video startup apparently builds upon, since he was fired from Fox News in April in the wake of advertising loses.