Here are the 329 Nobel prize nominees - The Horn News 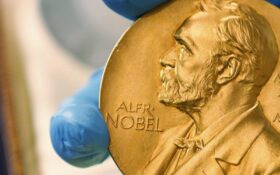 The Norwegian Nobel Committee said Monday that there are 329 candidates — 234 individuals and 95 organizations — that were nominated for the 2021 Nobel Peace Prize by the Feb. 1 deadline.

The Oslo-based organization said that it was the third highest number of candidates ever, adding the current record of 376 candidates was reached in 2016.

A vast group of people — heads of state or politicians serving at a national level, university professors, directors of foreign policy institutes, past Nobel Prize recipients and members of the Norwegian Nobel Committee — can submit a nomination for the prize.

However, the nominees aren’t announced by the very secretive board in Oslo, but those doing the nominating may choose to make it public, raising publicity both for the nominee and the proposer.

Groups nominated in 2021 include the World Health Organization for its role in addressing the coronavirus pandemic; NATO; Reporters Without Borders, known by its French acronym RSF; and Polish judges defending civil rights.

The Nobel Committee announces its annual decision in October. The peace prize and other Nobel prizes are presented Dec. 10, the anniversary of Alfred Nobel’s death.

Five Nobel Prizes were established under the terms of Alfred Nobel’s will. A sixth prize, for economics, was created by the Central Bank of Sweden in 1968 as a memorial to Nobel.

Each prize carry substantial cash awards that are adjusted each year. In 2020, they came with a 10-milion krona ($1.1 million) cash award — which often is shared — along with diplomas and gold medals.