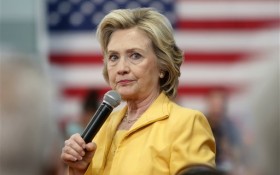 WASHINGTON (AP) — Fed up with the insurance industry, Democrats used the health care overhaul to create nonprofit co-ops that would compete with the corporations. Now a government audit finds co-ops are awash in red ink.

Only one out of 23 — the co-op in Maine — made money last year, said Thursday’s report from the Health and Human Services inspector general’s office. Thirteen lagged far behind their sign-up goals for 2014.

The Massachusetts co-op spent more than six times as much on administrative expenses as it collected in premiums.

The audit raised questions about whether co-ops will be able to repay $2.4 billion in taxpayer-financed loans that President Barack Obama’s overhaul provided to help stand them up.

“The low enrollments and net losses might limit the ability of some co-ops to repay startup and solvency loans, and to remain viable and sustainable,” said the report.

The inspector general recommended closer supervision of the co-ops by the Obama administration as well as clear standards for recalling loans if a co-op is no longer viable.

One of the 23 co-ops in the report has already gone out business. The Iowa/Nebraska co-op was shut down by state regulators over financial concerns. Another one, the Louisiana Health Cooperative, announced last week it will cease offering coverage next year, saying it’s “not growing enough to maintain a healthy future.”

Although the audit only goes through the end of 2014, problems apparently persisted into this year. A preliminary review of 2015 data by government officials shows that enrollments have increased, but co-ops continue to report financial losses.

A trade group representing co-ops took issue with the report. It “reveals little in the way of new information about co-ops, and unfortunately relies primarily on seven-month old data,” Kelly Crowe, CEO of the National Alliance of State Health CO-OPS, said in a statement. The group says total co-op sign-ups more than doubled this year, to over 1 million people. That’s “helping many co-ops move closer to their initial goals,” she said.

Officially called Consumer Operated and Oriented Plans, co-ops were one of the compromises in the 2009-2010 health care debate. Liberals failed to achieve their goal of a government-run insurance program to compete with corporate insurers, and co-ops became the fallback. Under the deal lawmakers struck, taxpayers would provide two types of loans: startup money and reserve funds to meet solvency standards set by state regulators.

As recently as the spring, the White House touted co-ops as an accomplishment. “In states throughout the country, co-ops have competed effectively with established issuers and attracted significant enrollment,” said a report by the president’s Domestic Policy Council on the fifth anniversary of the health law.

The IG’s audit paints a very different picture. Among its findings:

—Maine was the only co-op in the black for 2014, with $5.9 million in net income. Losses ranged from a high of $50.4 million for Kentucky’s co-op to $3.5 million for Montana’s. Most of the co-ops had previously projected losses for 2014, but the actual losses they experienced tended to be higher. Illinois had projected $28 million in income and instead came in with a loss of $17.7 million. New York, the leader in enrollment, had a $35 million loss.

—Thirteen co-ops fell far short of their enrollment projections, and nine met or exceeded them. New York enrolled 155,400 people, more than five times what it had projected. But co-ops in Arizona, Illinois and Massachusetts only hit 4 percent of their enrollment targets. There were no year-end data for the Iowa/Nebraska co-op that was shut down.

The audit found that the Massachusetts co-op collected $2.9 million in premiums, and spent $18.5 million on administration.

In a written response, Medicare chief Andy Slavitt said the administration agrees with the findings as well as the IG’s recommendations for closer oversight and clearer standards. The Medicare agency oversees major health insurance programs.

Slavitt defended the co-ops, saying they don’t have an easy job.

“The co-ops enter the health insurance market with a number of challenges, (from) building a provider network to pricing premiums that will sustain the business for the long term,” Slavitt said. “As with any new set of business ventures, it is expected that some co-ops will be more successful than others.”

The administration “takes its responsibility to oversee the co-op program seriously,” he said.