[Health alert] Flu is widespread, appears to be peaking - The Horn News 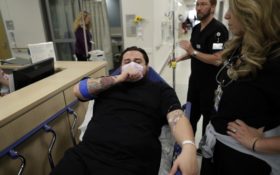 Flu is now widespread in every state except Hawaii, but the good news is the flu season appears to be peaking.

U.S. health officials on Friday said plenty of people are getting sick, and the flu has hit epidemic levels — just as it does most winters.

But an update from the Centers for Disease Control and Prevention shows patient traffic for the flu is no longer increasing the way it did in December.

Health officials say it’s shaping up to be a bad season overall, dominated by a nasty type of flu bug that can cause severe illness in young children and seniors. They won’t know how well the flu shot worked until next month.