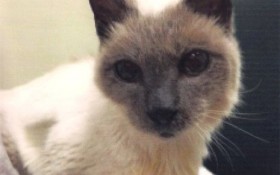 New health reports from Copenhagen University concluded that a toxic parasite in cats may have spread to humans — and is capable of an increased risk of schizophrenia.

In fact, the parasite already exists in about 60,000 people living in the U.S. Researchers cite it as “…the most protozoan parasite in developed nations.”

And the parasite, Toxoplasma Gondii (T. gondii), has been estimated to increase chances of schizophrenia by about 50 percent.

The study was conducted using more than 80,000 patients; while T. gondii has been linked in the past to altering brain chemicals, which attributes to depression, among other issues.

And the parasite has the potential to get even worse.

T. gondii in humans can lead to an infection called Toxoplasmosis, which causes symptoms similar to the flu.

The Centers for Disease Control and Prevention reports that Toxoplasmosis is one of the leading causes of foodborne illnesses in the U.S.

The study correlating Toxoplasma and schizophrenia in humans did not take into account socio-economic factors.