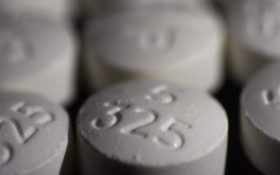 If you’re over 40 and your doctor hasn’t (however gently) pushed a statin drug on you yet you should consider that a bonafide miracle.

Mainstream medicine docs have had a love affair with these drugs since they first hit the market in the late 1980s. And that’s despite a ton of evidence that in many cases they may be doing far more harm than good.

The problem with statins isn’t that they don’t work. They do.

Well, that is if your goal is simply to lower your cholesterol to subterranean levels. But they fail to address the real risk to your health, which isn’t just elevated cholesterol alone.

It’s cholesterol oxidation that’s truly dangerous. And statins fail to tackle it in any meaningful way. You can read a bit more about the issue in our special report Forget high cholesterol & target the TRUE heart danger.

But the troubles with statins don’t end there… not by a long shot. Because while the drugs are hyper focused on the wrong issue—and dropping cholesterol levels to sometimes dangerously low levels—they’re also causing NEW problems.

In other words, statins come with a slew of sometimes dangerous side effects.

To name just a few, they can…

And then there’s the blood sugar issues. Since at least 2009, we’ve suspected that statin drugs are associated with insulin resistance and an increased risk of diabetes.

Statins work by preventing your liver from producing cholesterol. The sugar that would have been used to make that cholesterol ends up being dumped back into your bloodstream.

At the same time, the drugs can rob your body of vitamin D and CoQ10. Both are critical nutrients that help maintain healthy blood sugar levels.

Which is likely why a 2009 study linked an increase in fasting glucose levels to statin use. And a 2010 meta-analysis found that statin drugs are associated with a 9 percent overall increased risk for diabetes.

Researchers at the Albert Einstein School of Medicine tracked blood sugars and statin use in a group of obese volunteers for 10 years.

When the study started 10 years or so ago, less than four percent of the folks were taking a statin. By the end? A full third of them were!

Experts tell us the biggest risk factor for developing type 2 diabetes is weight. If you’re overweight or obese, your chances of a diagnosis go shooting up.

So naturally, you’d think the volunteers’ weight would be what determined who ended up with the devastating disease, and who didn’t.

Spoiler alert… it wasn’t. At least not alone.

Instead, it appears statin use was a big factor. It turns out those folks who were popping statins were 30 percent more likely to have developed diabetes over the 10 year study.1

In other words, beyond obesity statin drugs significantly drive up your diabetes risk. Which means even folks who have a better handle on their weight can have their chances of a type 2 diabetes diagnosis shoot through the roof.

A fact which other research has confirmed. Research such as the Finnish study which found long term use of statins increased diabetes risk 46 percent. Or the Australian study which determined that at the highest doses the drugs could increase risk by a stunning 51 percent.

And it turns out statins may be a triple diabetes threat. Because beyond bumping up blood sugar levels by halting cholesterol production, and reducing the blood sugar friendly nutrients available, the researchers believe they may impair the body’s ability to produce insulin.

If you’re currently on a statin drug it’s time to make an appointment with your doctor to talk about getting off of it. (ESPECIALLY if you’re a senior, here’s why.)

Since high cholesterol numbers really aren’t the real danger it’s possible yours don’t even need treating. An integrative or holistic medicine doctor can help you make that decision.

And if it turns out your numbers truly are too high for comfort, Healthier Talk contributor Dr. Glenn Rothfeld recommends starting to turn things around by switching to a Paleo “caveman” style diet. It will improve both your cholesterol and blood sugar numbers.

Don’t let a misguided attempt to lower your cholesterol cause you to end up with blood sugar issues to boot.

This article was originally posted on Healthier Talk