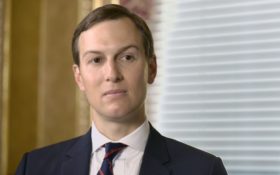 “Axios on HBO” wraps up its second season with four new episodes that begin on Oct. 20.

Axios’ daily newsletter concentrates on politics, business and technology with an emphasis on brevity, which producers Matthew O’Neill and Perri Peltz use as models for the TV show.

“We are a documentary news series,” Peltz said. “It allows us a glimpse into a story or a person that you wouldn’t traditionally have on a straight news broadcast.”

HBO turned to Axios for a news series after its deal for a daily news show produced by Vice was not renewed.

O’Neill and Peltz both have a background in documentary work with HBO. O’Neill made “Baghdad ER” for the pay cable service and Peltz made “Warning: This Drug May Kill You.”