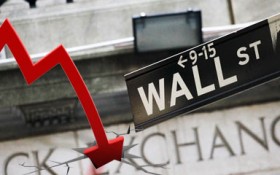 The stock market has closed out 2022 with the worst annual loss since the crash of 2008 – and that may not even be the most distressing news facing the U.S. economy nearly two years into the Biden presidency.

Nearly every major forecaster is predicting a full-blown recession for 2023, and at least one says it’s already here — a nightmare New Year for Americans.

“The labor market might not be breaking but it is becoming clear the consumer is weakening and manufacturing activity is in a recession,” Edward Moya, senior market strategist at OANDA, told Kiplinger.

The Conference Board, a business research group with members from nearly every Fortune 500 company, said some key economic indicators might actually look good on the surface at the moment.

“The US economy, and the US consumer, are defying expectations,” the organization wrote in its annual forecast. “US consumer spending has continued to support GDP growth despite the dual headwinds of rising interest rates and high inflation.”

But don’t expect it to last – because there’s something much worse lurking just beneath that surface.

“While easing supply-side constraints and a more hawkish monetary policy are cooling inflation, rising interest rates will tip the US economy into a broad-based recession,” the organization warned. “This contraction will impact extremely tight labor markets and drive the unemployment rate higher.”

The Conference Board expects negative GDP growth in the coming year, with no recovery until 2024.

Interestingly, the organization predicts that labor shortages could continue despite the recession, and as a result unemployment will peak at just 4.5 percent, which is relatively low for a recession.

During the Great Recession of 2007-2009, for example, unemployment rates soared to 10 percent.

The Conference Board is hardly alone in its doom-and-gloom prediction. Chapman University’s annual forecast – often one of the most accurate – was even more specific, predicting the recession will hit in June.

“There is something to worry about, because it’s the calm before the storm and it’s starting to rain,” the university’s president emeritus, Jim Doti, said earlier this month, warning that the economic indicators today resemble those of 1974.

That still might not be the worst news: At least one expert says the looming recession will be worse than usual since the Federal Reserve has indicted it has no intention of cutting interest rates.

“We’d expect kind of double the normal length of a recession because the Fed’s not going to be at your back for a long time, and that’s a big deal,” Bridgewater Associates co-chief investment officer Greg Jensen told Bloomberg.

He predicted a “long grind” that would will last “probably a couple years.”

That’s at odds with the Biden administration, which has indicated they think they can bring the economy in for a so-called “soft landing” and avoid a recession altogether.

But investors aren’t buying it.

“The equity market’s reaction is now factoring in a recession, and rejecting the possibility of the ‘soft/softish’ landing,” wrote Quincy Krosby, chief global strategist at LPL Financial, according to CNBC. “The tug-of-war between the Fed and the markets is squarely on the market’s side: the slowdown is not ‘transitory,’ and the Fed will be forced to act before 2024.”

One analyst said the Fed’s aggressive rate hikes are actually making the situation worse, but it could be months before the damage becomes apparent.

Wharton professor Jeremy Siegel told Markets Insider that the Fed’s actions could actually trigger the very recession they’re trying to avoid – and ultimately lead to a Fed-induced downturn that could see the stock market tank by as much as 20 percent.

That means it could get worse before it gets any better, but there is at least one possible bit of optimism: Morgan Stanley predicted that while the earnings picture will soon be worse than what was seen in 2008, they expect a recovery by the end of 2023.