Halftime singer for the Super Bowl is... - The Horn News 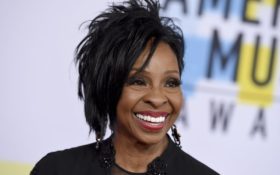 Gladys Knight will sing “The Star-Spangled Banner” at this year’s Super Bowl.

The seven-time Grammy Award-winner says she’s proud to use her voice to “unite and represent our country” in her hometown of Atlanta.

The 74-year-old and the Pips were inducted into the Rock and Roll Hall of Fame in 1996. Her hits include “Midnight Train to Georgia” and “That’s What Friends Are For.”

Maroon 5 will be joined by Big Boi, Atlanta-based rapper from Outkast, and Travis Scott during the halftime performance.

CBS broadcasts this year’s Super Bowl from Mercedes-Benz Stadium in Atlanta on Feb. 3.