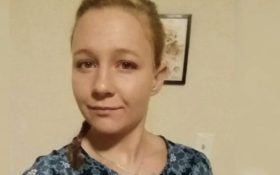 An anti-Trump “Deep State” leaker pleaded guilty to leaking U.S. secrets to a liberal news outlet Thursday, according to court records — and she’s heading to jail for a long time.

U.S. Department of Justice spokesman Ian Prior confirmed in an email Thursday that former National Security Agency contractor Reality Winner has reached a deal with prosecutors.

She worked for national security contractor Pluribus International at Fort Gordon in Georgia when she was charged in June 2017 with mailing a classified U.S. report to a mainstream media organization as part of the anti-Trump “Deep State” resistance.

While authorities haven’t described the document, Winner’s arrest was announced the same day The Intercept reported on a classified NSA report on Russian hackers and the 2016 election.

During her trial, Winner reportedly told her mother she wouldn’t get in trouble because she was going to “play that card: being pretty, white and cute,” prosecutors say.

She allegedly coached her family on how to manipulate the media by telling them she was just a “scared” young woman, and was reportedly confident she’d walk away without penalty.