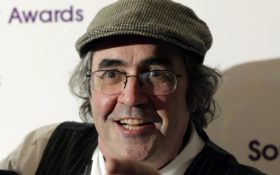 A BBC disc jockey has been fired after using a picture of a chimpanzee in a tweet about the royal baby born to Meghan the Duchess of Sussex and her husband Prince Harry.

Danny Baker tweeted Thursday that he has been fired after posting an image of a couple holding hands with a chimpanzee dressed in clothes and the caption: “Royal baby leaves hospital.”

The tweet was seen as a racist reference to baby Archie’s heritage. His grandmother Doria Ragland is African American.

Baker says the posting was an “enormous mistake.” It has since been deleted.

BBC Radio 5 Live controller Jonathan Wall said Baker “will no longer be presenting his weekly show for us.”

Wall says Baker “made a serious error of judgment on social media.”