Grinch steals presents from nuns... but they were returned! - The Horn News 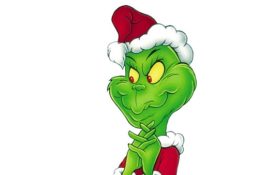 The Little Sisters of the Poor have a theory about how they got Christmas back from the Grinch who stole half the presents they bought for hospice residents and employees.

Sister Joseph Caroline and Sister Bernadette were wheeling two carts of gifts out of Costco on Monday night when they were approached by a man who offered to help. Sister Bernadette tells WBAL-TV she expressed gratefulness for his gesture and told him she’d pray for him.

When the nuns got home, they discovered that half the gifts for the order’s St. Martin’s Home residents and employees were missing.

But before they could file a police report, Costco called: Their cart had been found abandoned in a parking lot, contents intact.