Grammys ratings lowest in more than a decade - The Horn News 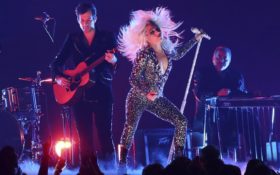 Nearly 20 million people watched Childish Gambino and Kacey Musgraves earn four trophies each at the Grammy Awards, about the same audience as the annual music show had last year.

The Nielsen company on Monday estimated the Grammy audience size at 19.9 million. The 2018 audience of 19.8 million had been the Grammys’ smallest audience in a decade.

The night had some strong performances, particularly by women. Cardi B, Brandi Carlile, Janelle Monae and Musgraves all had memorable turns onstage, with Dolly Parton and Diana Ross participating in their own crowd-pleasing tributes.

Still, the night had its share of bad vibes. Childish Gambino and Kendrick Lamar declined invitations to attend, and Ariana Grande pulled out following a dispute with producers. The Grammys also cut short the acceptance speeches of several Grammy winners, including Drake and Musgraves.

The Grammys at least stopped the steep audience erosion evident last year. The 2017 telecast was seen by 26.1 million people, with the show generally getting an audience of between 20 and 30 million the last decade.

CBS said that according to the media analytics firm Netbase, the Grammys drove more social media conversation than any awards show over the past two years.