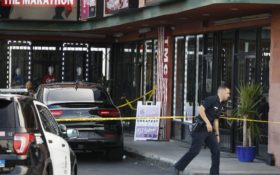 Artist and rapper Nipsey Hussle was fatally shot outside the clothing store he founded to help rebuild his troubled South Los Angeles neighborhood, police said, cutting short a career that earned him a Grammy nomination this year for his major-label debut. He was 33.

Police said Hussle was one of three men shot Sunday outside Marathon Clothing, his store in South Los Angeles; the other two were in stable condition. A large crowd gathered outside the store as night fell. Detectives were canvassing the area for witnesses and looking to see if any surveillance video captured the shooting, police Lt. Chris Ramirez said. Investigators had not yet determined a motive or identified any suspects, Ramirez said.

Mayor Eric Garcetti was among the many people expressing condolences.

“Our hearts are with the loved ones of Nipsey Hussle and everyone touched by this awful tragedy. L.A. is hurt deeply each time a young life is lost to senseless gun violence,” Garcetti tweeted. 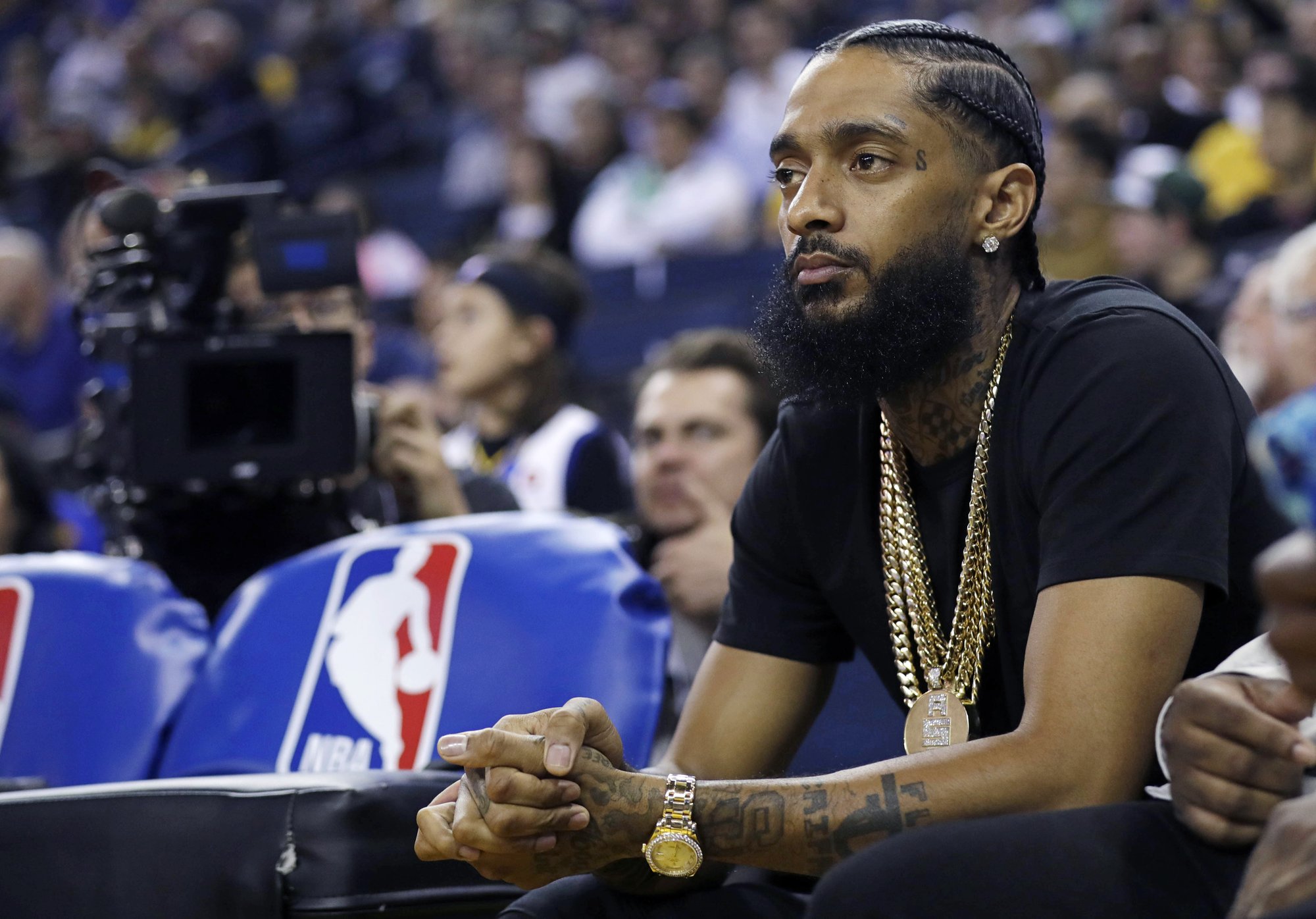 Hussle, who had two children and was engaged to actress Lauren London, was an Eritrean-American whose real name was Ermias Asghedom.

“This doesn’t make any sense! My spirit is shaken by this!,” Rihanna wrote while posting photos of Hussle with his daughter and another with his fiance. “Dear God may His spirit Rest In Peace and May You grant divine comfort to all his loved ones! I’m so sorry this happened to you @nipseyhussle.”

Hussle was born on Aug. 15, 1985, in the same Crenshaw neighborhood where he died, and where he had been working to provide youths with alternatives to the hustling he did when he was younger.

Los Angeles Police Commissioner Steve Soboroff tweeted that he and Police Chief Michel Moore had agreed with Hussle to meet with him on Monday to “talk about ways he could help stop gang violence and help us help kids.”

Hussle explained where he was coming from in a Los Angeles Times interview last year: “In our culture, there’s a narrative that says, ‘Follow the athletes, follow the entertainers,’” he said. “And that’s cool, but there should be something that says, ‘Follow Elon Musk, follow (Mark) Zuckerberg.’”

Hussle said his first passion was music but getting resources was tough after leaving his mother’s house at 14 to live with his grandmother. Hussle said he got involved in street life as he tried to support himself, and he joined the gang Rollin 60′s Neighborhood Crips as a teenager.

“The culture of my area is the gang culture,” he explained in a 2014 interview with VladTV. “So by being outside, being involved with hustling, being in the hood, doing things to try to get money, being young, you know riding your bike through the hood, getting shot at, your loved ones and homies that’s your age getting killed, getting shot at … it’s like, we were just raised like if you with me and something goes now, I’m in it.”

Music eventually happened for Hussle, who said in interviews that his stage name, a play on the 1960s and 70s rhyming standup comic Nipsey Russell, was given to him as a teen by an older friend because he was such a go-getter — always hustling.

Hussle released a number of successful mixtapes that he sold out of the trunk of his car, helping him create a buzz and gain respect from rap purists and his peers. In 2010 he placed on hip-hop magazine XXL’s “Freshman Class of 2010” — a coveted list for up-and-coming hip-hop acts — alongside J. Cole Big Sean, Wiz Khalifa and others.

During the 2016 presidential campaign, Hussle and rapper YG released the protest song “FDT,” short for ”(Expletive) Donald Trump.” He later hit a new peak with “Victory Lap,” his critically acclaimed major-label debut album on Atlantic Records that made several best-of lists last year, from Billboard magazine to Complex. The album debuted at No. 4 on Billboard’s 200 albums charts and featured collaborations with Kendrick Lamar, Diddy, CeeLo Green and more.

At this year’s Grammy Awards, “Victory Lap” was one of five nominees for best rap album in a year that hip-hop dominated the pop charts and streaming services and a number of top stars released projects, including Drake, Eminem and Kanye West. Cardi B’s “Invasion of Privacy” won the honor.

“It’s my debut album so for my first one (to be nominated) out the gate, it’s like, it was overwhelming a little bit. It was … inspiring, humbling,” he said in an interview with the Recording Academy on the red carpet of the 2019 Grammys, which he attended with this daughter.

Snoop Dogg posted a video of himself and Hussle together on Instagram, and posted a second clip sending prayers to the rapper’s family.

“Prayers out to the whole family man. This (stuff has) got to stop man,” he said in the second video.

Outside of music, Hussle said he wanted to provide hope and motivation to those who grew up in Crenshaw like him, and pay it forward. Forbes magazine reported in February that with business partner Dave Gross, the rapper had purchased the Crenshaw plaza where his Marathon Clothing store is located, and had plans to knock it down and “rebuild it as a six-story residential building atop a commercial plaza where a revamped Marathon store will be the anchor tenant.”

“Watching Nipsey inspired me to invest and own in our communities,” Emmy-nominated actress Issa Rae, also from Los Angeles, wrote on Twitter.