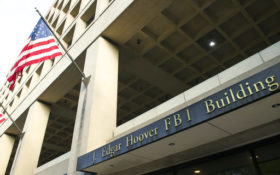 The government is scrapping a decade-long plan to shutter the FBI’s deteriorating downtown Washington headquarters and look for a new building in Maryland or Virginia.

The hulking J. Edgar Hoover building overlooking Pennsylvania Avenue has long been the government building everyone loves to hate. FBI officials have complained about conditions there.

Three finalist sites in Maryland and Virginia were announced in 2014 but the General Services Administration delayed its choice multiple times. GSA officials did not return calls for comment.