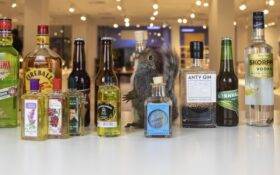 Bars and restaurants in Tennessee could keep up the coronavirus-era offering of to-go beers and other alcoholic drinks for two years under a bill now awaiting action from Republican Gov. Bill Lee.

The Republican supermajority Legislature finished work on the to-go drinks legislation with the Senate’s passage Wednesday.

Through executive order, Lee has allowed alcohol-to-go drinks during the pandemic while establishments’ in-person traffic has suffered.

Republican bill sponsor Sen. Brian Kelsey said the state has not been allowed to collect taxes on the to-go sales through the executive order, and the bill would ensure taxes are collected.

The bill would continue to require to-go alcohol orders include food purchases.

The extension would be effective until July 2023 under the bill.