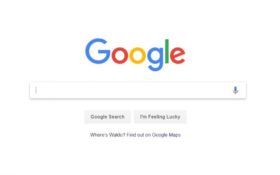 Google once again showed its liberal bias when it labeled Republican Senator Trudy Wade of North Carolina as a bigot this weekend.

Senator Wade is an avid President Donald Trump supporter and a true patriot, but the search engine provided a picture of her with the word “bigot” in big, red letters underneath as the first result.

With the GOP senator up for reelection this year, critics believe Google is trying to hurt her chances of a win with a smear campaign.

Google has since apologized for the slam, claiming that the mistake was made by algorithms that take information from various websites around the Internet.

The image in fact came from a 2012 blogpost from liberal activist Matt Comer.

In this instance, the image was hosted on a student news blog. Upon being alerted to this issue, we immediately removed it from the Knowledge Panel.

But Senator Wade called out the company in a statement she released following the attack. She called Google’s apology “hollow” because they refused to take the picture down until the story went viral.

“When I learned of the hateful image yesterday, an aide requested Google take it down. She was told to find and contact the original author of the photo, and the post stayed up,” Wade said. “Only after Drudge Report posted it to a national audience and it began to go viral on social media did Google do the right thing. This was disconcerting to me.”

“The ‘mainstream’ press – where many of us once looked for truth and reliable reporting – havebecome cesspools of elitism and intolerance,” she said. “The troubling lack of ideological diversity in newsrooms across the country has sown seeds of hatred for years against conservatives – maybe especially against conservative women.”

This hateful attack came only a day after Google listed Nazism as an ideological foundation of conservatism.

Even with Google’s apologies for both mistakes, critics are catching on to the search engine’s old tricks — the anti-conservative bias is in full swing.