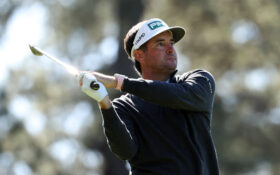 Professional golfer Bubba Watson played in PGA in 2002. Since then, he’s been racking up honors, including two wins at the Masters Tournament.

In fact, PGA Commissioner Jay Monahan suspended 17 such golfers last month for deciding “to turn their backs on the PGA TOUR,” Monahan wrote in a memo obtained by Fox News Digital last month.

In other words, Watson may have effectively sold his place in the PGA for $50 million.

In joining LIV Golf, the 43-year-old Watson follows other golfers like Dustin Johnson and Bryson DeChambeau. However, some golf superstars remain committed to the PGA.

It remains to be seen whether Watson’s decision will pay off financially.

LIV Golf is owned by the Saudi Public Investment Fund, and the league has proven controversial for that reason.

Jane MacNeille, LIV Golf’s senior vice president for player and franchise communications, told the Associated Press in an email, “While some may not agree, we believe golf is a force for good around the world.”

Critics have accused the LIV Golf series, set up as a rival to the PGA Tour, of ignoring Saudi Arabia’s record of human rights abuses including the murder of journalist Jamal Khashoggi.

Democratic President Joe Biden met Friday with Saudi Crown Prince Mohammed bin Salman and said afterward that the prince told him he was “not personally responsible” for Khashoggi’s death. “I indicated I thought he was,” the president said he replied.