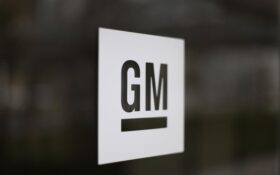 General Motors plans to invest $50 million by 2025 to help improve access to education in Detroit, employment opportunities and city neighborhoods.

The automaker said Tuesday that it is working with the city on the initiative and that the funding will go through Detroit-based nonprofits.

Grants announced Tuesday include $1.25 million to connect residents to a comprehensive digital support system that includes internet connectivity and devices; $1 million to support employment, health and well-being resources; $1 million to address transportation barriers for workers; and $750,000 to provide critical literacy education for students at two high schools and to support adults at a family literacy center.

“This is our home and we’ve been here since 1911,” General Motors Chair and Chief Executive Mary Barra said Tuesday. “To be able to give back and work with the mayor as we continue to really transform this city is something General Motors is very committed to.”

Last year, GM funded 57 projects in Detroit that were projected to impact more than 250,000 people. The automaker also in 2020 announced a more than $2 billion investment in its Detroit-Hamtramck Assembly plant now known as Factory ZERO. The factory is expected to be the launchpad for GM’s electric vehicle strategy.

“This has been a very personal commitment from GM to the city for a period of time, but $50 million is an extraordinary financial commitment,” Detroit Mayor Mike Duggan said.