Germany agrees on bailout for energy supplier - The Horn News 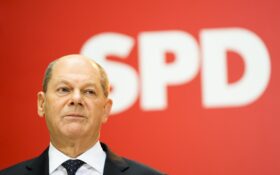 The German government will take a roughly 30% stake in energy supplier Uniper as part of a rescue package following surging prices for natural gas and reduced Russian deliveries, the company said Friday.

Uniper, which has been Germany’s biggest importer of Russian gas, asked for a bailout two weeks ago. German officials quickly pledged that they would help, but thrashing out the details took time.

Uniper had previously downgraded its financial outlook for this year, pointing to a sharp reduction in gas deliveries by Russia’s Gazprom in recent weeks that has forced it to buy substitute supplies at significantly higher prices.

Gazprom cut the flow of gas through the Nord Stream 1 pipeline from Russia to Germany by 60% in mid-June, pointing to technical issues that German officials dispute.

Gas deliveries through the pipeline resumed as scheduled Thursday after a scheduled 10-day shutdown for maintenance but still at only 40% capacity.

Uniper is majority-owned by Finland-based Fortum, in which the Finnish government holds a majority stake.