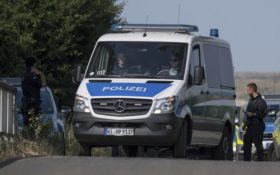 The German government has agreed on a bill that would speed up the dismissal of soldiers involved in extremism or serious crimes.

Current military rules mean that soldiers who have served for more than four years can only be kicked out after they have been convicted of a crime or removed as part of a court-led disciplinary procedure. In practice, this can mean soldiers remain in the military for years until they are removed.

The bill proposed Wednesday by Defense Minister Annegret Kramp-Karrenbauer allows the military to swiftly expel soldiers if their continued presence would “seriously threaten the military order or the reputation of the Bundeswehr” and they have served fewer than eight years.

German officials have expressed alarm over the recent discovery of several far-right extremists in the military, including a member of the special forces unit KSK who had hoarded weapons, ammunition and explosives at home. Last month, the head of the unit, Brig. Gen. Markus Kreitmayr, told soldiers that he wouldn’t tolerate extremism in the ranks.

The bill still needs to be passed by parliament.