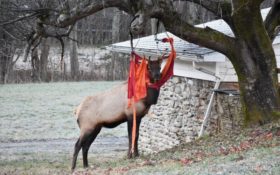 An elk is running around western North Carolina with a shredded hammock on its head, and apparently a love of apples is to blame.

News outlets report Jim Beaver told the Haywood County Sheriff’s Office on Thanksgiving that an elk was stuck in his yard with its antlers tangled up in a hammock.

The sheriff’s office on Facebook says Cpl. Ken Stiles climbed onto the roof, cut the hammock and freed the animal.

Beaver says elks often eat apples in his yard and play with his hammock.

This elk however was too playful.

Beaver says he didn’t free the elk himself, in case it decided to attack. He told WLOS-TV that the elk, with pieces of the hammock still in its antlers, has returned to the house a few times.

You can view a photo of the trapped animal below: 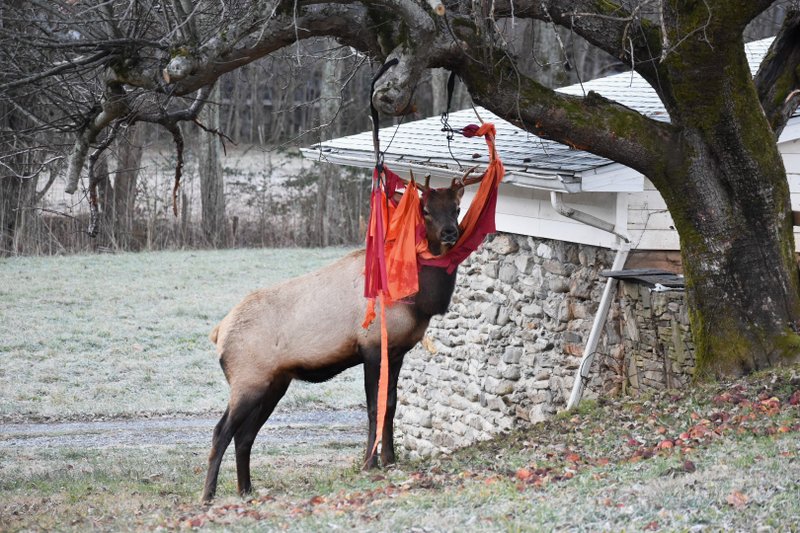