[Funny] Bank robber gets nervous; leaves with NOTHING! - The Horn News 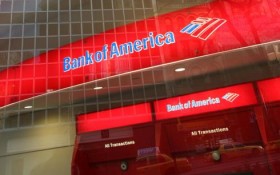 Police in Massachusetts are looking for a woman they say intended to rob a bank but got cold feet and left without a penny.

Fall River police tell the Herald News that the woman walked into the Fall River Municipal Credit Union on Monday afternoon and approached a teller.

Fall River police are asking anyone who recognizes this woman to contact them.

Police say the woman hesitated, told the teller “give me a minute,” and went to a counter and wrote on a piece of paper.

But she ripped up the note, dropped the pieces in the trash and walked out.

Bank employees pieced the note together and it said: “Give me the money.”

Anyone who recognizes the woman in surveillance images is asked to contact Fall River police.