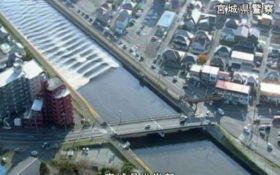 The operator of the wrecked Fukushima nuclear power plant said Thursday it is further postponing the start of the removal of highly radioactive melted fuel from its damaged reactors because of delays in the development of a remote-controlled robotic arm.

Tokyo Electric Power Company Holdings had originally planned to begin removing melted fuel from the Unit 2 reactor at the Fukushima Daiichi plant last year, 10 years after the disaster triggered by a massive earthquake and tsunami on March 11, 2011.

That plan was postponed until later this year, and now will be delayed further until about autumn next year because of additional work needed to improve the performance of the robotic arm, TEPCO said.

The giant arm, jointly developed by Veolia Nuclear Solutions of Britain and Japan’s Mitsubishi Heavy Industries, has been transported to Japan and is being adjusted at a testing facility south of the Fukushima plant.

The delay won’t affect the overall decommissioning at the plant, which is expected to take 30-40 years, TEPCO said. Experts have said the completion target is too optimistic.

During the accident, an estimated 880 tons of highly radioactive nuclear fuel in the three damaged reactors melted and fell to the bottom of their primary containment vessels, where it hardened, most likely mixed with broken parts of the reactor and the concrete foundation. Its removal is by far the toughest challenge of the decommissioning process.

TEPCO has made progress in assessing the condition of the fuel in the reactors in recent years by sending remote-controlled robots inside the primary containment vessels. But data and images provided by the probes are still partial, and experts say it’s too early to imagine when or how the cleanup will end.

The continuing need to cool the fuel remaining in the reactors has resulted in massive amounts of treated but still radioactive used cooling water that is being stored in about 1,000 tanks on the grounds of the plant.

The government has announced a plan to start releasing the stored water into the sea after further treatment and dilution in the spring of 2023, a plan that has been fiercely opposed by local residents, the fishing community and neighboring countries.