Fugitive who taunted authorities has been arrested - The Horn News 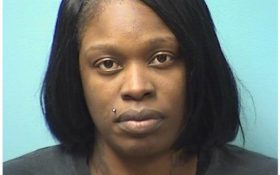 A Minnesota fugitive who taunted authorities on social media by vowing she’d “never be caught” has been arrested in northern Indiana.

Thirty-one-year-old Tiesha Monique Moore was taken into custody Monday in Michigan City by members of the Twin Cities Apprehension Team. She was wanted on 16 outstanding warrants, including felony theft and domestic assault, all from Minnesota.

She’s being held in Indiana awaiting extradition to Minnesota.

Stew Peters is the lead investigator for the Twin Cities Apprehension Team. He says multiple residences in Minnesota, North Dakota and Indiana were searched for Moore, who had taunted investigators on Facebook.