FTC allowed Facebook-IG buyout. What about Meta-Within?! - The Horn News 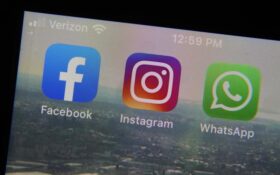 Facebook parent Meta is sparring with the U.S. Federal Trade Commission in federal court over its pending acquisition of a virtual reality fitness company Within Unlimited

CEO Mark Zuckerberg is expected to testify as a witness at the trial in San Jose, California.

At issue is whether Meta’s acquisition of the small company that makes a VR fitness app called Supernatural will hurt competition in the emerging virtual reality market. If the deal is allowed to go through, the FTC argues, it would violate antitrust laws and dampen innovation, hurting people who may face higher prices and fewer options outside of Meta-controlled platforms.

Meta, the FTC argued in court this week, scrapped its own plans to enter the nascent VR fitness market in the summer of 2021 when it decided to buy Within. But Meta says it had no concrete plans to create a competing app beyond the initial discussion stage, where it concluded it had no ability to do so.

The agency and Meta also disagree on how to define the market that Within’s popular app falls into. The FTC defines it narrowly as “VR dedicated fitness apps,” while Meta’s definition includes a wider swath of competitors, many of which don’t need VR goggles to work — such as Peloton, for instance.

“Meta has talked about how they want to make virtual reality as ubiquitous as your cell phone,” said Lee Hepner, legal counsel, American Economic Liberties Project, an organization that advocates for government action against business consolidation. “It’s the next platform for widespread communication in Meta’s eyes.”

If the FTC can preserve and boost competition at this stage, Hepner said, there are “different paths that this market could take instead of Meta controlling the whole path, the whole forward trajectory of this market in the next several years.”

The case, expected to wrap up Tuesday, is being heard by U.S. District Judge Edward Davila, who also oversaw the trial of disgraced Theranos founder Elizabeth Holmes and her partner Ramesh “Sunny” Balwani. Both were sentenced to over a decade in prison for their roles in the company’s blood-testing hoax.

In 2020 the agency sued Meta, then called Facebook, over its acquisitions of Instagram and WhatsApp that could force a spinoff of Instagram and WhatsApp. Unraveling those deals, which were made 10 and nine years ago, respectively — and previously approved by the FTC — may be more difficult than blocking the Within purchase, which Meta and Within want to close by the end of this year.

Under Zuckerberg’s, Meta moved aggressively into virtual reality in 2014 with its acquisition of headset maker Oculus VR. Since then, Meta’s VR headsets have become the cornerstone of its growth in the virtual reality space, the FTC noted in its suit. Fueled by the popularity of its top-selling Quest headsets, Meta’s Quest Store has become a leading U.S. app platform with more than 400 apps available to download, according to the agency.

Meta bought seven of the most successful virtual-reality development studios, and now has one of the largest virtual-reality content catalogs in the world, the FTC says.