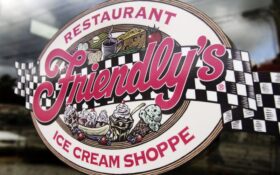 It joins a growing list of well-established restaurant chains that are failing due to an unchecked pandemic in the United States.

George Michel, CEO of FIC Restaurants Inc., Friendly’s parent company, said COVID-19 has had a “catastrophic impact” on operations. FIC will sell essentially all of its assets to the restaurant company Amici Partners Group.

All 130 Friendly’s locations, which stretch from Maine to Florida, will remain open while the chain restructures under Chapter 11 bankruptcy protection, the company said late Sunday.

The pandemic has hit the restaurant sector very hard, particularly chains like Friendly’s that rely on people sitting down at tables. At least 10 chains have filed for bankruptcy protection since the pandemic began this year.

Traffic at full-service restaurant chains in the U.S. plummeted 48% in the April-June period, according to NPD Group. Visits were down 25% in the June-September period, as restrictions were eased in some parts of the country.

However, infections are surging again as colder weather arrives and industry analysts are assembling lists of larger chain restaurants most at risk of failure.

Friendly’s, like most other chains that have stumbled this year, had already been struggling as its customer base aged and competition increased. In the pandemic, it became increasingly difficult to compete with chains that already relied on carryout and drive-thru, like Dairy Queen.

Friendly’s has closed hundreds of locations over the past decade. The Wilbraham, Massachusetts, company filed for bankruptcy protection before, in 2011.

Michel said Friendly’s had been trying to grow its carryout and delivery business and revamp its menu when the pandemic hit.

Other restaurant chains that have filed for bankruptcy protection this year include the U.S. arm of Le Pain Quotidien, CEC Entertainment, the parent company of Chuck E. Cheese, California Pizza Kitchen, Sizzler and Ruby Tuesday.