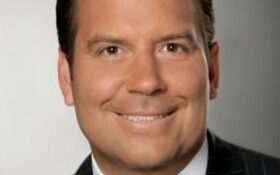 Steve Cortes boosted his career as an advisor to the 2020 campaign of former President Donald Trump. Since the election, he’s hosted Cortes & Pellegrino on Newsmax, one of the top programs on the cable channel known for its conservative editorials.

Now Cortes is leaving Newsmax over the network’s vaccine requirement.

Newsmax announced its vaccine requirement earlier this month in a staff-wide email first reported by Mediaite. The network will require each employee to choose between either vaccination or weekly testing after Jan. 4, in keeping with the Biden administration’s new rules for big businesses.

He voiced his opposition on principle, although he stopped short of calling the rule illegal. He tweeted, “No one should be pressured to choose between medical privacy & their job.”

Cortes has remained silent on his vaccination status. He also hasn’t said whether he’s talked to his personal doctor about whether the vaccine is right for him, which experts on both sides of the political aisle have urged everyone to do.

However, Cortes may be leaving the network for other reasons, in addition to the vaccine requirement.

Some insiders spoke to The Daily Beast, and they described Cortes as a persistent annoyance for the network.

Cortes goes on air weeknights at 9 p.m. — in the same timeslot as giants like Rachel Maddow and Sean Hannity — but he grabs only a tiny fraction of their viewership.

Cortes attracts fewer than half as many viewers as star Greg Kelly on the same network.

However, the rumors don’t stop there. Cortes may be leaving the network for more dramatic reasons.

One source mentioned threats of litigation between Cortes and Newsmax.

An anonymous staffer called Cortes “a constant risk” and said, “It’s been ongoing for a while.”

According to the staffer, Newsmax airs Cortes’s show on a broadcast delay, instead of airing it live. The network wants the opportunity to bleep over any unseemly content.

“He’s on a delay. Can’t trust him,” the staffer said of Cortes.

Newsmax faced over a billion dollars’ worth of defamation lawsuits this year after aligning itself with inflammatory statements by Cortes.

Now the network may be distancing itself from him.