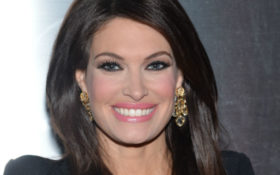 The former first lady of San Francisco told the Mercury News in San Jose, California, on Monday that taking that job or having another press role in the White House has been “raised by a number of people” in the Trump administration.

“I’m a patriot, and it would be an honor to serve the country,” Guilfoyle said. “I think it’d be a fascinating job. It’s a challenging job, and you need someone really determined and focused, a great communicator in there with deep knowledge to be able to handle that position.”

The Horn News poll revealed 48% of our readers would enjoy seeing Guilfoyle as the new press secretary.

Guilfoyle, who is one of the co-hosts of the Fox News show “The Five,” said she’s regularly in touch with members of the administration as part of her job.

The network said in a statement that Guilfoyle “is a valued member of the FOX News primetime lineup, and is under a long-term contract with the network.”

Guilfoyle, 48, is a former San Francisco and Los Angeles prosecutor who was married for four years to California Lt. Gov. Gavin Newsom. The two separated in 2005 when she moved to New York to start a career in television.

She was originally considered for press secretary during the presidential transition, but the job went to Spicer, who was spokesman for the Republican National Committee.

Spicer has had a rocky run with White House beat reporters. Rumors that he may be replaced have been swirling in Washington, D.C., in recent days.