Fox News to change forever on Oct. 30 - The Horn News 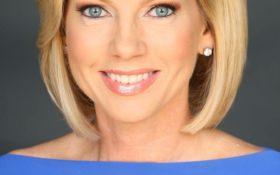 There are major changes coming to Fox News at the end of October, and the shakeup will primarily take place at night.

Breams own show, Fox News @ Night, will launch October 30th airing at 11 p.m. It may prove to be a tough time slot, placing Bream’s ratings up against CNN’s Don Lemon and MSNBC’s Brian Williams.

Fox reported that the show, “will be a hard news program dedication to the most compelling stories out of Washington D.C., and across the country. Relying on Fox News ‘ correspondents and experts, the show will set the table for the next day’s coverage.”

Fox network’s president of news, Jay Wallace, also commented on Bream’s new role, saying, “for the past decade, Shannon’s insight into the inner working of the Supreme Court and Washington has made her a major asset to our news division. Her experience, coupled with the relationship she has with out viewers, offers a perfect fit for the anchor position at 11 pm as we extend our live primetime programming.”

Bream commented on her promotion, saying, “It has been an honor to work alongside the hardest-working team in the news business for the past 10 years. I am delighted to bring our audience an hour of captivating television, providing viewers with a recap of the day’s most important stories and the latest breaking news.”

But Bream’s new show isn’t the only nightly changed coming to the network.