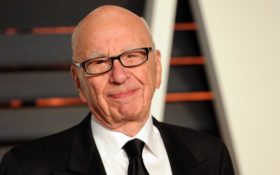 Fox News’ Rupert Murdoch made a major announcement Thursday – and it is proof that the network is still booming with success.

“This is a major investment in the future of Fox News and a sign of my unwavering confidence” in “the most important media outlet in America,” Murdoch announced to his staff.

Following a series of sexual harassment scandals and the departure of host Megyn Kelly, rumors were swirling that the media giant had fallen under tough times.

But in addition to the upgraded newsroom, Fox was first place in total primetime viewership Monday, just 2,000 ahead of MSNBC, according to Deadline.

Check the the just released images of the planned newsroom: