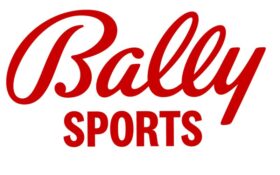 Most of the regional sports networks began a new chapter Wednesday as they switched over from Fox Sports to Bally Sports. The rebranding of 19 regional networks has been nearly a two-year process after they were purchased by the Sinclair Broadcast Group from Walt Disney Company for $10 billion in 2019. Disney was required by the Department of Justice to sell the networks in order for its acquisition of 21st Century Fox’s film and television assets to be approved.

Those regional networks that fall under the Bally Sports banner hold the local rights to 42 professional teams — 16 NBA, 14 MLB and 12 NHL. It is the largest rebrand since the SportsChannel networks became a part of Fox Sports in 1998.

As part of the acquisition, Sinclair could use the Fox Sports name for only 18 months. Chris Ripley, president and CEO of Sinclair Broadcast Group, said the process of switching over the networks, from updating graphics to getting a consistent look for studios, was going to take time.

“Fox was eager for us to rebrand, but just from a practical perspective it’s no small feat when you’re switching over all of the websites, apps, studios and signage,” he said. “Also, in this case we wanted to find a partner since we didn’t have a brand ourselves in mind, and we wanted to create value out of the brand itself.”

The partnership also makes sense for Bally’s Corporation, which signed a 10-year naming rights agreement with Sinclair last November. By the end of the year, Bally’s will own and manage 15 casinos in 11 states, most of which already have legalized sports gambling.

“There is great value to the game because of the many impressions it will get across their channels and in other broadcasts (credits on highlight clips),” said Marc Ganis, the co-founder of Chicago-based consulting group Sportscorp. “Considering the financial situation Sinclair found itself in with cord cutting accelerating and subscription fees diminishing, selling the name was a needed move financially.”

The changes also coincide with the start of baseball season. Sinclair will celebrate the relaunch with “Bally Sports Big Opening Day” on Thursday, which will be 4 1/2 hours of programming across the networks that will feature a look at different games as well as highlights from other sports.

April is traditionally the biggest month for regional networks with the baseball season getting underway and overlapping with the NHL and NBA seasons. Hockey and basketball will stretch into most of May this year after their seasons were delayed due to the coronavirus pandemic.

While the early changes will be seen on television, Sinclair is hoping its upgrades on the digital side make a bigger impact. A new Bally Sports app will be rolled out soon that will allow subscribers to view games on their mobile devices and the websites are getting an upgrade.

The mobile app could also include alternate camera views as well as more statistics and gambling information. It will also provide fans with more offerings in what has often been referred to as the gamification of sports. Most networks are already experimenting with various contests.

NBC Sports Washington has done Washington Wizards and Washington Football Team “Predict the Game” broadcasts over the past two years, where fans can predict game and player performances throughout the game on their computer or mobile devices.

Fox and NBC have also gotten into the mix during NFL games where fans can predict outcomes before the game. With more states adding sports gambling, it might be only a matter of time before in-game gambling becomes a reality. Current US regulatory rules bar placing a mobile bet on the same screen on which the game is being shown.

“We want to create an experience that’s linked to the broadcast or to the stream because that’s where you really unlock the potential of a 360 degree kind of experience and you’re more engaged in the game,” Ziegler said.

Ganis said gamification and appealing to sports gamblers will help mitigate the number of viewers being lost due to cord cutting.

“A very big value to the gambling companies are signups. The RSN connections should help increase signup and churn in preferred gambling apps,” he said.

The rebrands also come at a time when regional networks are hoping to bounce back after a difficult 13 months. They are just beginning to rebound with live programming but many fans still can’t see games if they have Sling TV, Dish Network, YouTube TV and Hulu.

For those who do not have cable or DirecTV, the only streaming option that carries them is AT&T TV. That is likely to remain the case for awhile.

Riley pointed out fans have access to games, it is a matter of whether they want to switch service providers.