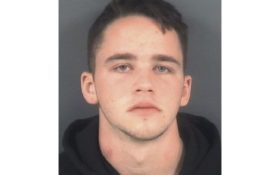 A Fort Bragg soldier charged with kidnapping a 12-year-old girl from her North Carolina home is being held on $750,000 bail.

The 19-year-old from Chesterfield, South Carolina, is charged with kidnapping, burglary and statutory rape. His next court date is Friday.

The sheriff’s office said the girl’s grandmother awoke Sunday to discover the girl missing and a ransom note on her bed. Investigators noted that Peele and the girl were Facebook friends and tracked them to Fort Bragg. Peele was arrested and the girl was reunited with her grandmother that night.