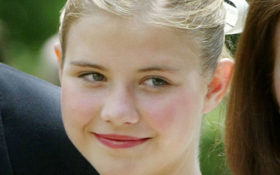 Elizabeth Smart captured headlines in 2002 when she was removed from her Salt Lake City bedroom at 12-years-old by kidnappers Brian David Mitchell and Wanda Barzee.

For nine months, Smart was held captive by the sick couple, and during her captivity she was repeatedly raped and threatened.

It was a traumatic experience unimaginable to most people.

But Smart is back in the spotlight again 14 years later, and she’s showing off her beautiful new family to prove just how resilient she is to the world.

Smart shared a collage of photos on Instagram in March, marking the 14th anniversary of her rescue.

Today marks 14 years since I was rescued from my nine month long nightmare. I will never be able to thank everyone who helped, prayed, and sacrificed so much to help me. All I can say now is every prayer and every search made a difference. Thank you. God bless us all. #nevergiveup #miracleshappen #imtheluckiestgirlintheworld #14yearanniversary #neverstoplooking #remembereverylostchild

The 29-year-old recently gave birth to her second child with her husband Matthew Gilmour. Citing her mother’s love as a driving force in her will to live during those difficult nine months when she was a teen, Smart told People her greatest aspiration is to be a mom.

A dream she has fulfilled, with her new baby boy and two-year old daughter Chloe.

A nightmare scenario for every parent, Smart was held captive for nine months, repeatedly raped in a makeshift camp in the woods before she was finally found by police officers.

Filled with fear of her kidnappers threats in what should have been a relieving moment knowing she would be safe, the traumatized young girl couldn’t even tell officers her true name.

“I hadn’t been Elizabeth for so long,” Smart told Today she was thinking upon her rescue.

Finally when an officer asked if she was Elizabeth Smart, she was able to admit her true identity, returning home to her loving family and moving on from the horrific experience that would be a defining factor of her identity for the rest of her life.

She has since been working as a victims’ advocate for children of sex crimes and human trafficking, founded the Elizabeth Smart Foundation, and written a memoir.