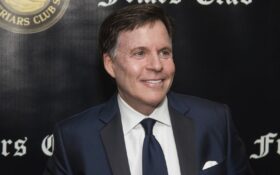 Time to cut a conversation with Bob Costas short. The new boss — CNN chief Jeff Zucker — is calling on the other line.

Costas, who ended his 40-year hitch at NBC Sports more than a year ago, this week signed on as a CNN contributor to offer commentary on the intersection of news and sports.

The two men have a long history. Zucker’s first job out of Harvard University was as a researcher for NBC at the 1988 Olympics in Seoul, South Korea, where one duty was fetching coffee for Costas (no sugar, just a drop of milk).

“My relationship with Jeff makes me comfortable with the whole arrangement,” Costas said. “So far, so good.”

Costas made some appearances on CNN before he was formally signed as a contributor, talking about the return of baseball from the coronavirus lockdown with Michael Smerconish and the involvement of sports figures in social protest with Don Lemon.

As those examples illustrate, his role is to opine when sports news moves onto the front pages. With sports attempting to return, Washington’s football team ditching the “Redskins” name and baseball players kneeling to support Black Lives Matter at the start of their season, there’s plenty of fodder.

All of the sports are coming back — fingers crossed — to a certain degree. But Costas has the hardest time justifying college football, a sport with constant contact, resuming when student attendance in general will be restricted at many schools.

“It’s a great deal to ask of these supposed student-athletes, and it’s all obviously in pursuit of television money,” he said. “That’s the one I’m most dubious about.”

Pro football has many of the same issues — minus the unpaid athletes — coming back for a season in the fall and winter, when many medical professionals expect COVID-19 cases to surge, he said.

“Good luck with that,” Costas said.

He sees many print journalists addressing these issues forthrightly, but less so on television.

“Most broadcasters … think of it as their job to cover the games and, if anything, to be boosters,” he said. “If I haven’t proven over the last four decades that I’m a sports fan, then I don’t know what’s been lost between transmission and reception. Still, I’ve always been someone who’s been willing, at the right time and in the right proportion, to take a look at the larger picture.”

Costas has waited for the return of sports while staying at his winter home in California, helping the MLB Network mine the archives for programming, like a series on baseball’s best broadcasters.

“Am I glad (sports) is back?” he said. “Yeah, I’m glad. If you’ve asked me if in the last three months with no sports I had to be talked back down off a ledge, no. I’ve been around long enough.”