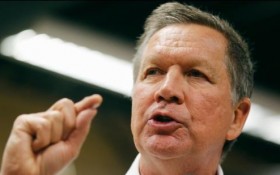 The Ohio Republican is a frequent critic of President Donald Trump and a potential 2020 presidential contender.

Kasich announced in a tweet on Tuesday that he will begin immediately as a regular contributor on the cable news network.

Since abandoning a 2016 presidential bid, Kasich has steadily criticized Trump and the Republican Party on cable and network news shows.

The 66-year-old has worked with Democrats including then-Colorado Gov. John Hickenlooper and former Vice President Joe Biden on efforts to identify bipartisan policy solutions and to promote civility in politics.