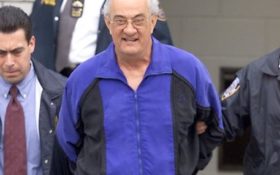 That’s according to his lawyer, James Craven, said the ailing former crime lord has repented for his years of destruction and wants to be released.

“We are truly afraid he is dying now, he feels he is,” Craven wrote in court papers Tuesday. “As his lawyer, I am afraid this will all become moot soon if nothing is done.”

This statement comes as attorneys work feverishly to get Gotti, who is currently serving his 17th year in prison of 25, an early exit on the grounds of compassionate release under the First Step Act which was signed by President Donald Trump.

Craven also writes that when he calls Gotti, he “is increasingly difficult to understand on the phone. His voice is weak, labored and very faint.”

He also “becomes extremely out of breath just from walking several steps.”

Craven claims that conditions at the North Carolina-based Butner Federal Medical Center, where Gotti is being held, are poor.

The 80-year-old suffers from a number of diseases: Early onset dementia, gastric reflux, an enlarged prostate, and gout.

According to The New York Daily News, Craven had long been concerned with Gotti’s health — physically and mentally.

“At times he seems not to know whether he is in North Carolina or New York. Who knows how much time his heart has left?” Craven wrote. “He is not a young 80 at all and we all worry that he may simply not wake up some morning soon. Any number of health issues could kill him, but his heart condition is the most worrisome.”

But prosecutors aren’t taking the bait.

The New York Daily News writes that authorities still view him as a threat to the community.

The former mob boss is currently serving time for racketeering, after having led the Gambino organization from 1999 to 2002.