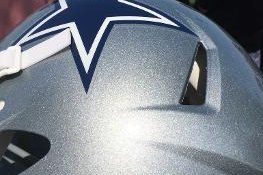 Former Dallas Cowboys player Josh Brent is being held on charges that include assaulting a public servant after authorities say officers found him intoxicated outside a Dallas-area fast food restaurant.

Coppell police Sgt. Sammy Lujan says officers responded Sunday after a caller expressed concern about a man talking to himself.

Lujan says the 31-year-old Brent was intoxicated and resisted as officers attempted to handcuff him. He was taken into custody after officers shot him using a stun gun.

He was also charged with public intoxication and resisting arrest and was being held Monday in the Carrollton city jail.

It’s not clear if he has an attorney to speak on his behalf.

A Dallas jury in December returned a $25 million verdict against Brent and the owner of a now-defunct nightclub in the 2012 drunken-driving death of Brent’s teammate, Jerry Brown Jr.