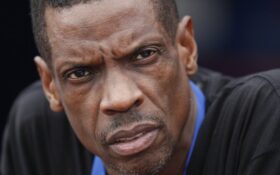 Former New York Mets pitcher Dwight Gooden has been sentenced to a year of probation in connection with a drug arrest in New Jersey in 2019.

Gooden appeared before a judge in a virtual proceeding on Thursday. He had pleaded guilty in August 2019 to one count of cocaine possession stemming from a traffic stop in June 2019.

Gooden’s car was stopped by police in Holmdel, about 20 miles (30 kilometers) from New York, for failure to maintain a lane and driving too slow, according to a criminal complaint filed by the Monmouth County prosecutor’s office.

“I understand that my recovery has to come first,” the 55-year-old Gooden told the judge Thursday. “This has saved my life.’’

The ex-pitcher won the National League Cy Young Award while with the Mets in 1985 and was a member of the Mets’ 1986 World Series championship team. He also played for the New York Yankees.

He was suspended from baseball for part of the 1994 season and all of the 1995 season after testing positive for cocaine.